When I took on the finances and researched how to best crush debt, I quickly found myself treading in a sea of advice, success stories, and tried and true methods.  It was overwhelming.  Up until getting married, I had practiced the Save 20% of Everything You Earn method (thanks to my Gramps).  It was simple, and I liked it.  But finances became complex and responsibilities broadened when Tim and I got married.  My simple method needed tweaking, as we couldn't afford to save 20% of what we earned.  The entirety of each paycheck went to bills, cost of living, and baby.

After nearly three years of our marathon, I think I've finally reached a healthy mindset.  It's one of balance and feeling okay about the occasional treat yourself moment. Paying off debt is a marathon, not a sprint.  It takes persistence and goal setting.  And it's a marathon that can be is tiring.  It can make you question every little purchase, and if you're looking at a large number to pay down, questioning regularly needed purchases gets unhealthy.

When we were first starting out, we weren't able to put anymore money toward debt than the minimum payments.  After no longer needing to save for hospital bills, moving to a place with lower rent, and Tim picking up a second job we were slowly able to begin to snowball.  And with 6 paid off debts, 2 paid off ahead of schedule, we're at the point where we've begun to see our hard work paying off in goals reached.

Typically, with the snowball method, once you've paid down one debt all the money from your previous debt payments goes to the next debt in line, but in our recent finance talk we discussed the idea of taking a minor break to allow ourselves some breathing room - an award for reaching our goals ahead of schedule.  We talked about how we didn't know if we'd ever live on the West Coast again and how we'd like to experience it as best we can as a family while we are here.  So we decided to relocate the snowball money and put some toward two mini weekend getaways.

Some financial experts may disagree with this move, but the sole problem I've found in doing any sort of research on paying down debt, is these plans never account for a "Sunday" - a time for a breather, a treat, a time to reflect on the hard work that's been accomplished and what's ahead, a break for a boost in morale.  Of course, nothing irresponsible.  With a break sticking to budgets and having a plan is key.  Know exactly when you're going to pick up on your snowball and proceed.  The brief hiatus will no doubt give you that pep in your step to keep plugging along.

What I've learned most in paying down debt and sticking to a budget is you have to be realistic.  To keep our heads down for six straight years, putting all resources toward student loans so we can pay them off three years early is an ideal plan but can be a little too ambitious.  We could get burned out which would result in falling off off our plan entirely.  It's best to approach the big picture with a level head and allow yourself time for a Sunday. 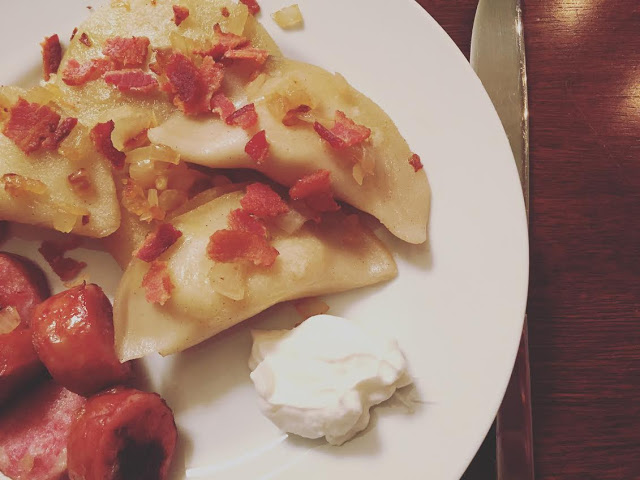 Gluten-free Pierogi with Potatoes and Cheese 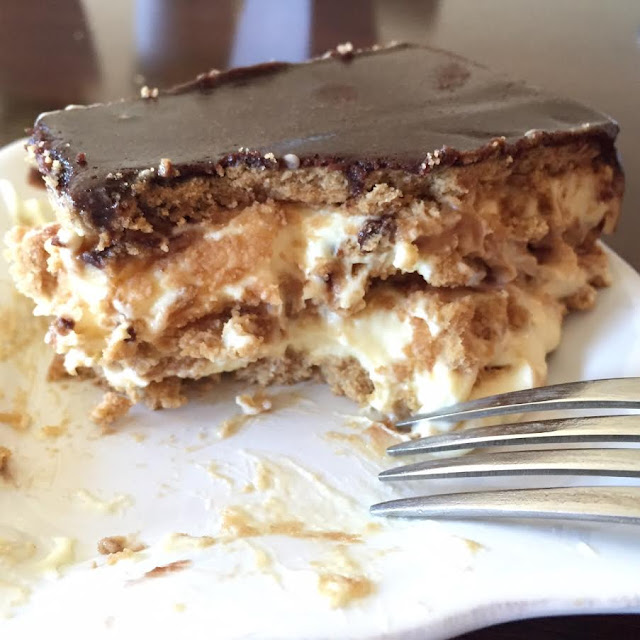